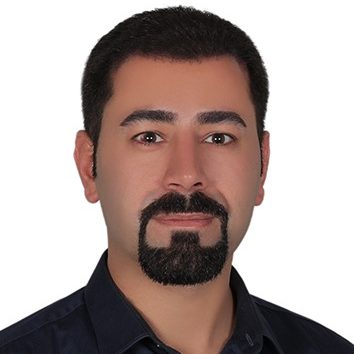 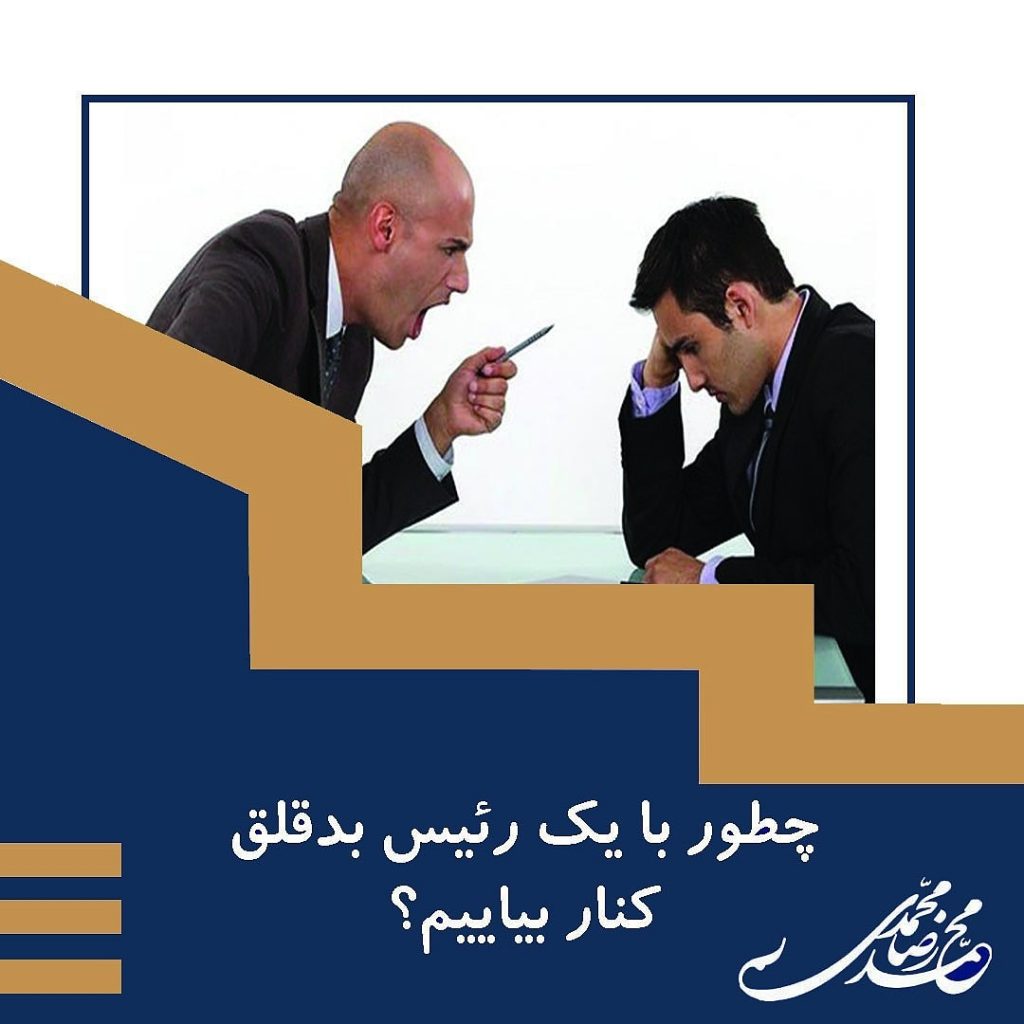 How do we deal with a grumpy boss?

How do we deal with a grumpy boss?
Inject yourself with a needle and give it to your manager

The occurrence of a problem between the worker and the employer or the boss and the subordinate is one of the inseparable facts of everyone’s working life. But how to manage these labor disputes is an art that perhaps few have; Most of us have a laid back attitude when it comes to painting a picture about ourselves.

Sometimes, your water and your boss do not flow in the same atmosphere; It does not matter if your boss is always waiting for a spark to catch you and constantly blame you for your mistakes or just pay attention to his eyes, the important thing is that having tension in your relationship with your manager or boss is not a pleasant one.

You are probably not the only one who is terrified by the looks of your boss. The results of a Gallup poll show that one-fifth of Americans do not show up for work because the most important reason is that they work with a bad manager. Of course, a bad boss is not just the suffering of employees and workers, but the results of another Gallup study show that hellish executives spend $ 450 billion to $ 550 billion a year on the US economy.

اینIn this report, quoting the Chitshit website, we point out five ways to overcome this situation, which help you to be able to tolerate this situation to some extent.

Take a look at yourself
Employees and workers are often accustomed to blaming their boss for all the workplace problems right away. But sometimes, the real problem is not the boss. Maybe you are dissatisfied with the direction of your job and relate it to your superiors. Maybe you are jealous of your boss’s success. Having stress in the family environment makes you very sensitive at work. Sometimes, improving unpleasant situations at work begins with correcting your looks and behaviors. When you look at your boss, you must first look at yourself before making any judgments.

Put yourself in his shoes
It is easy to get frustrated with the boss, but before you jump into judgment, try to look at things from his point of view. Maybe your manager is under a lot of pressure from his superior and these pressures have been passed on to you. Maybe he has other problems and stressors that you are unaware of.

Many managers are involved with issues that you are unaware of. So do not assume that they start their morning every day to grab your collar. Sometimes, their behavior has a special reason, maybe their superiors put a lot of pressure on him and he was forced to react in the same way.

Set boundaries
According to Eqtesadnews, one of the signs of an unbearable boss is that he sends you emails late or when he is traveling, he calls you constantly and puts many responsibilities on your shoulders until late. Although the culture of maintaining constant contact between worker and employer or boss and subordinate is common in many industries and occupations, everyone still needs rest and it is their inalienable right to be a little away from work and to make time for themselves and their families. Be able to rejuvenate. If your boss expects you to work 24 hours a day, seven days a week, it may be time to set boundaries.

Do the right thing
Never be tempted to respond with a missile. You may also want to discuss an issue with your boss, take his faults in a meeting or ignore his advice, do not involve him in important discussions, and constantly complain about him to other colleagues; Such treatment of your boss will only make matters worse; Especially when you have a shaky position in your workplace or you do not have a high position in terms of job rank. Organizations and departments have strong hierarchies, so your leadership is naturally one step ahead of you. If you declare war on your boss, in 90% of cases you are a loser because he has more leverage than you.

Be aware of when and where to protest
Having an annoying or inefficient boss is only one part of the job. If your boss is harassing you morally, discriminating against you, breaking the law, or colluding with the abusive behavior of others, it might be best to address the issue with human resource management. Share.
To view the content on Instagram

A serious task called employee growth management? One of the undeniable realities in the world of management and working relationships […]

How do we deal with a grumpy boss?

How do we deal with a grumpy boss? Inject yourself with a needle and give it to your manager The […]